And this time, I did live streaming at Nico too before the Youtube's one. It was for preparation for streaming at Youtube.


So I did live streaming 11 hours in total today. But this is common !!

By the way I started a course of Japanese language. I remained (left) the streaming as a recorded video as you can watch it when you want to study again. But I think it's unuseful a bit.
So I write explanation here. But blog article doesn't have sound ! So if you need voice for learning pronunciation, please watch the video.

These are Japanese vowel.
Japanese language has only 5 vowels. So it's easy to learn !! =) 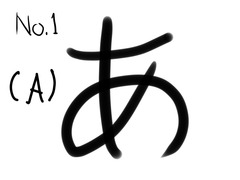 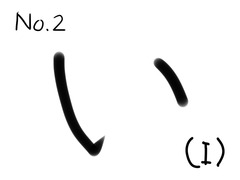 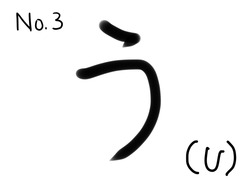 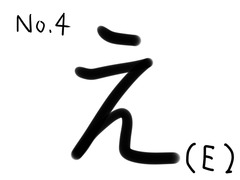 You can learn the order to write of these letters in the video.

Japanese language has just 5 vowels... but !!!! It has over 2,000 letters (characters to write and read) !!!
So this is just beginning and it will be long to learn. Let's learn one by one slowly but intently.
I said that it has over 2,000 letters but it includes KANJI. At first you don't have to study KANJI. You need to learn HIRAGANA at first, about 50 letters. And then I teach you KATAKANA and KANJI.

Japanese people learn HIRAGANA when they are 6 years old. They also don't study KANJI at first. But when some foreigners start to learn Japanese language, they force themselves to learn about KANJI from early stage. This is wrong way, I think. It's not fun, and just difficult and uncomfortable. So they quit to study. I think this is something that cannot be helped. It's natural. So we start from HIRAGANA.

Then I show some words that use only あいうえお. 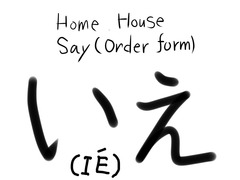 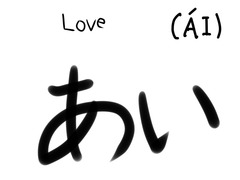 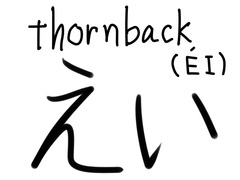 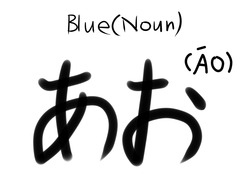 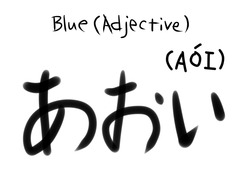 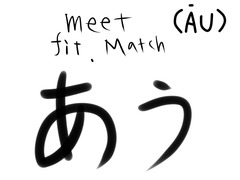 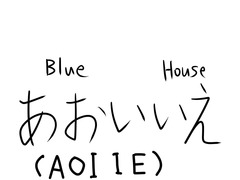 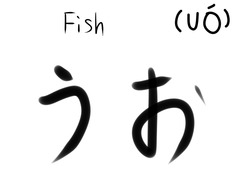 And some listener asked me a question about KANJI.
So I wrote some of them. I put it here. But you don't have to remember this for now. 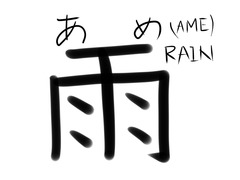 This KANJI means "Rain".
It looks like window and raindrops you know. ^^
There are some KANJIs that is like hieroglyph or drawing.
I think that you can learn KANJI like that quickly.
But this has many line (8 lines). So I'm gonna teach from easy KANJI that has few lines (less than this), when I start a course for KANJI.

I must explain why I wrote this.
Because there is "radical" in difficult KANJIs. 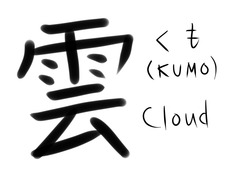 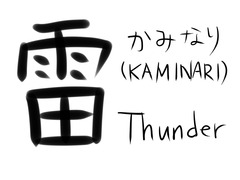 You can see 雨 in these KANJI.


And the right one is


雨 is a radical of them (and these are KANJI about weather !). So if you use dictionary of KANJI, you can search for KANJI from radical.
(there are another ways to search. "Pronunciation" "The number of lines”)
And I'm planning to teach you from easier KANJI that is also radical of other KANJI.
So this is just example. 雨 is like drawing so I used this for it.

I show another example that I wrote in streaming. 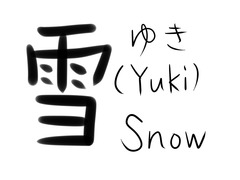 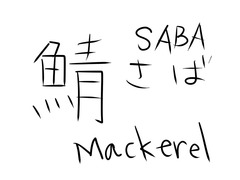 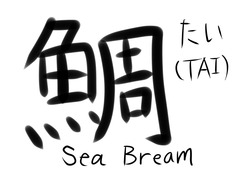 So that's all for today !!!! ヾ(ﾟ∀ﾟ）ﾉ
I'm gonna do a lesson about HIRAGANA the next time too. ^^
I think you will become to be able to read Japanese sentences watching my live streaming !!!
I'd like to do live streaming one time a month at least if possible.
So please be looking forward to it !!